Words we use to communicate uncertainty.

Sherman Kent was a CIA analyst in the Cold War and promoted a scheme of probabilities for specific words and phrases[1]. This is the scheme used in Agile's Risk* mobile app. 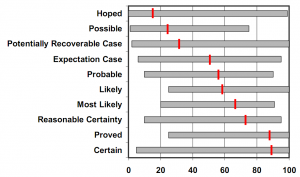 Rose's consulting firm performed a study similar to the O'Brien paper mentioned below. They reported on it in McLane et al (2008)[2]. Here (right) they report on the range of confidence levels associated with words and phrases:

The Intergovernmental Panel on Climate Change has recommended[4] some language for communicating likelihood.

O'Brien (1989[5]) reported on the inherent ambiguity of WEPs in general medical practice. He interviewed 56 doctors about twenty-three words and phrases, asking them to place them on a probability scale. He then used the interquartile range of the responses as an indication of ambiguity. O'Brien also compared the interquartile range to a 3-point rating of ambiguity, as given by the respondents. Here's how his data plot: 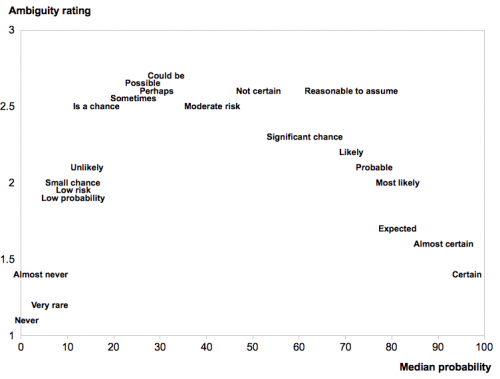 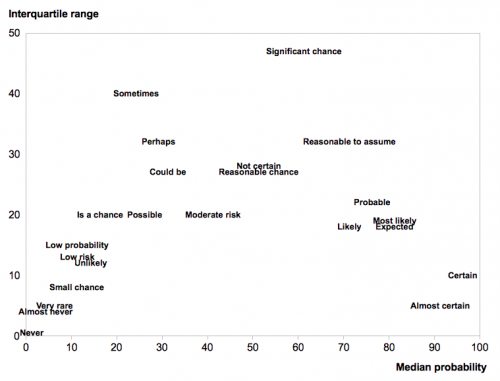