Difference between revisions of "Gather*"

A public API for generating synthetic gathers, in early development. An Agile Geoscience project for 2012.

The tool is a bit like Google Chart Images but for synthetic seismic data. The idea is to save geophysicists time making simple synthetic models, building mobile apps, generating figures, etc. 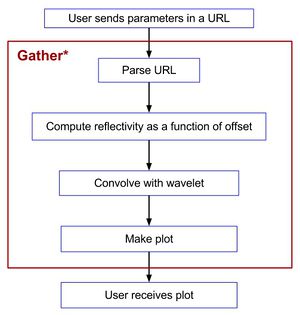 Also a bit like what AVO* does (AVO* in the Android Market) except that it returns plots of seismic data instead of using Google Chart Images to return charts of the reflectivity.

These data are mandatory, but could assume Vp = 2 x Vs if Vs is not provided

Everything is passed via a URL. Perhaps it looks something like this:

The AVO* app assumes that numbers under 10 are in km/s and g/cm3. This is a safe assumption.

It would be nice to support ft/s for velocity (even in Imperial systems, density is given in g/cm3).

Here's an example of some input data and the resulting reflectivity plots (note — the goal of this application is to make seismic plots instead, and/or as well): 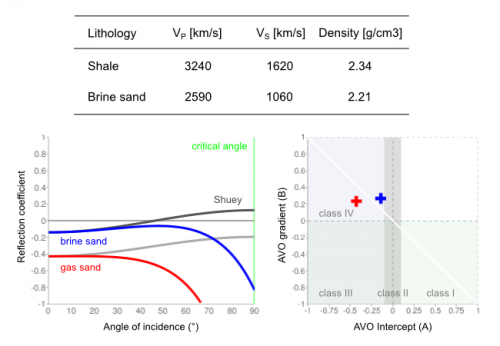 In addition to the rock property data, we need some parameters. Italics indicates the default value.

Nice to have, can default at first 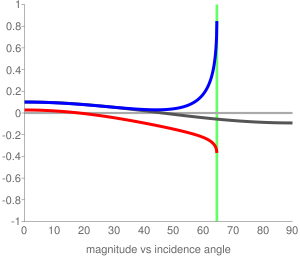 The result is shown on the right.

The main bit is chfd=... which describes the functions y(x) where y is magnitude and x is angle (I am plotting Aki-Richards and 2-term Shuey here, plus a fluid subbed A-R). The coefficients are computed in the app and passed to a procedure that builds this URL.

These are not things to worry about for v0.1 or even 1.0, but might affect how the app is architected.